What Would Luke Write About Modern Christianity?

“All the Believers were together and had everything in common. Selling their possessions and goods,” the fulfillment of the tithe, “they gave to anyone as they had need.” Every day was the fulfillment of the Sabbath in the person of Jesus Christ. Everyone that is filled with the person of Jesus Christ shares in that Sabbath Rest. Every day they continued to be together in the public parks, the temple courts. “They broke bread in their homes with glad and sincere hearts, praising God, enjoying the favor of all the people, and the Lord added to their number daily those who were being delivered from sin”—those who fell backwards in their chair and gave up their lives to Him.

In this one passage of Scripture, we see brand new Believers under the teaching of the apostles who had been with Jesus. We see the fulfillment of the Old Contract, where everything gets bigger. Luke, who wrote this book, was a scientist, a doctor. Luke was a very scholarly man, a very scientific man. In the passage we just read, Luke was observing by the Spirit how the church worked together, even when they were still babies.

If Luke were here today as a scientist observing modern Christianity, what would he write? Would he write that the Life and the Glory of God exists every day in people’s lives as they share the Life of Jesus in their own homes? Is that what he’d write today about modern Christianity? No, he would write, “The Believers were all separate, and they came together on a ‘holy day’ when they all dressed up and listened to a pastor give a speech. They gave a ‘tithe,’ sang two songs, and had a prayer. And then they all went back to their own lives.” That’s what a scientist would write about modern Christianity.

But a scientist watching how the church functioned when they were under the apostles’ teaching and the teaching of Jesus saw something very different. There is no “holy day” mentioned by this scientist recording what they did. It’s every day. There’s no “holy man pastor” that starts and ends the meetings and controls everything that happens. It’s everyone intertwined. There’s no attending a “mass” or “service” on a “holy day” in a temple. They were together sharing their lives like a great big Family from home to home. Jesus didn’t come to destroy the Old Contract. He came to fulfill the Old Contract and to take everything to Higher and Higher Ground. The Old Testament is a shadow of the reality that is in Jesus. 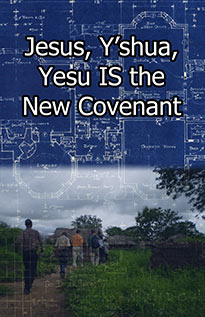