False Doctrines: Origins and a Solution

Where exactly was Paradise for that thief on the cross? And what about the Paradise Jesus spoke of when He spoke of the rich man burning in fire and Lazarus going to Paradise? We know it is a place where the naked eye cannot see. The Bible isn’t one hundred percent clear about Abraham’s bosom as it relates to heaven. They are both called “paradise.” But frankly, I don’t really care if Abraham’s bosom, which is paradise, is exactly the same as heaven. I don’t have to have a perfect doctrine about whether the paradise that the thief went to or Lazarus went to is exactly the same as the end heaven that God creates.

I don’t have to have a doctrine about that exactly. But I do know that Lazarus is in Paradise and I also know that the rich man was burning in flames. Now suppose I have not fallen back in the chair. If I haven’t fallen back, then I don’t want to believe that there is such a thing as flames! So men build a doctrine because the real issue many times is not “doctrine”—it’s the heart. They don’t want to think about flames. Men create false doctrines because they don’t want to fall back in the chair. They want to build religion and take men’s money, but they don’t want to submit to God. They build their ideas out of verses in the Bible, but not out of submission to God.

So what is more important…for me to understand Paradise perfectly, or to make sure that I’m in Paradise? I don’t want what the rich man had, and I don’t want what the prideful thief had, which was to burn in flames. So my real question isn’t to understand Paradise and the Kingdom perfectly. The real question is will I let go and fall back in the chair myself, and will I help all of my family and brothers and sisters and neighbors do that too? That’s the real question—not about Paradise and the Kingdom, but about the chair falling backwards.

If I fall in love and help every one I know fall in love, then some of those Kingdom and Paradise questions will be answered in the twinkling of an eye when we see Him face to face. I want to focus on what will put me in Paradise, not on how to define Paradise with a bunch of words. Let’s build our churches around falling in love and not tiny details to argue over. Amen? 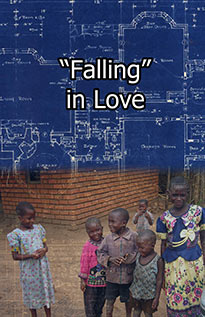