Well, it’s a command. When God said, “Don’t steal,” you would know that was a command and that you should obey it. And if you disobey it, that’s a bad thing. “If you love Me, you will obey Me.” That’s a command. If you see something, then you must go to him and him alone and try to win your brother. If he won’t hear you, there’s a command: “Bring two or three others and talk about it again.” If he won’t hear them, there’s a command. “Tell it to the Church,” just like “Do not steal,” “Do not kill.” Those are all commands from the same God. We don’t have a choice! We must obey. It’s God’s plan, and we’re to resolve and redeem and protect one another.

And I suppose in a true Church situation, that element of “needing courage” is much less because it’s expected of you to obey. The other person welcomes it into his life.

And you’re not like the first man walking around on the moon……you’re just doing what everyone else is doing! So, I’m sure in a way, it’s much easier than obeying in an environment where nobody’s obeying, and people say, “Mind your own business.”

It’s true. Anything from the Lord does cost us. It’s true.

It costs our pride and our flesh and our comforts.

I went to speak to a sister one day. And I just had to ask myself, “Is this normal?” Because I really had to swallow hard and I had to really motivate myself and say, “No, I have to do this.” Is that normal? Is that how you feel or does it get better after a while?

So, it helps knowing that they’re going to deal honestly with what you say, but it’s still very, very hard, and you still get the lump in your throat, and you’d rather not go to talk to them. You want to try to find reasons why “someone else who knows them better than I do surely will talk to them about it.”

Yeah, “I just misunderstood that.” But it helps knowing they’re not going to be hypocritical or defensive or angry or hostile. All that’s eliminated, yet it is still hard even without those factors. But, everyone knows they should obey His command. There are a lot of things Jesus asks us to do that aren’t easy. But that’s not a reason to not do them. 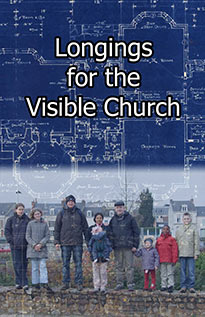