No Boss But Jesus

Earlier today I saw the Jesus, Real…Not Relic booklet on the dashboard in the van. Perhaps we can circulate those around right now so people can see the picture inside the back cover?

Jesus is in the middle, and there are different gifts around Yesu. There is the gift of Teacher, gift of Music, gift of Encouragement and gift of Help. There is the gift of Administration and gift of Shepherd too. But the word “pastor” is not there because the word “pastor” is not in the Bible. If you look in the Greek Bible which is the first Bible, you will not find the word “pastor” because God never wrote that word. The word “shepherd” is in the Greek Bible but there is no such word as “pastor” in the original Bible anywhere. Man added that.

Luke, the doctor, wrote down the first thirty years of the New Testament church in what we call the book of Acts. When you read his account, you never once see the word “pastor.” Luke was a scientist and he captured the first thirty years of the flow of the church of Jesus in the book of Acts. Never once do you see the word “pastor”—not even one time.

In 1 Corinthians 14 Paul wrote, “When revelation, a word from heaven, comes to the second person, the first person should sit down.” But if a man stands in the center and makes all the decisions, then that is not Jesus’ church. If Jesus was raised from the dead, then He’s Alive, right? Does everyone believe that Jesus was raised from the dead and is Alive today? Yes, of course! Then shouldn’t Jesus be allowed to run His own church? Yes, He should.

If Jesus was physically in this room right now in bodily form as He was in 30 A.D., would we let Him run the meeting? Or would we have one little man come in and push Jesus aside and take over to help Jesus out? If Jesus were here physically, we would definitely let Him run the meeting. A little man wouldn’t come push Him aside and say, “I’ll take over, Jesus. I’ll decide when we start and when we end. I’ll do the teaching, Jesus. You move aside.” We wouldn’t do that, would we?

So, here’s the question: If a little man takes over a meeting and decides when to start, when to end, and who’s going to teach, and he decides about the music and about the money and all the tithes, does he really believe Jesus is alive? How could he? Anyone who wants to be like Diotrephes and wants to be first doesn’t really believe Jesus is alive. In his heart, he doesn’t.

If we really do believe that Jesus is Alive—the Man who walks on water and raises the dead—we’ll move aside and let Him be the center. But a man who wants center stage, wants to be called by a title, wants to be the boss, wants to be the hero of everyone…that man doesn’t really believe Jesus is alive, because he has pushed Jesus aside to take power for himself, and that’s wrong.

Some people might do those things sincerely because it’s what they have always been told. I was a “pastor” for a while as were several others in this room. We were “missionaries” and “pastors” for a while. Of a roomful of men we were just with last week, almost everyone was either a “pastor” or “missionary” or bible college professor. And because the Bible doesn’t support the ideas of being called by the title of “pastor” and being in charge of all of God’s things, they decided to resign from being “the boss.” Even in the time we were there they said, “No one will ever call me ‘pastor’ again. I won’t allow it. It’s not in the Bible, and Jesus forbids titles.” 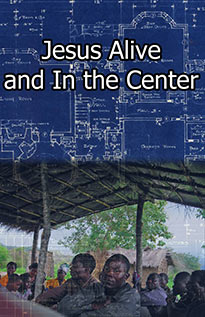