The Role of Women in the Culture of the Kingdom

We are wondering about the place of the women. One time we invited a friend over, and one of our sisters among us asked if she could sing a song. My friend later asked me why we allowed that woman to speak out loud when we are all together. I want to take this opportunity to ask the brothers here to explain the place of the women. This morning we heard much about the tithes, the Sabbath, and the special days, and it makes me now want to understand what the Lord wants for the women.

This is certainly true in the role of women as well. In the United States women aren’t treated very well, and I don’t think women are treated very well here in this country either. So we need to see how God wants women to be treated.

God says women are co-heirs with men in the Kingdom of God. The same Holy Spirit lives in the sisters that lives in the brothers. That means that I am no closer to God than any of these sisters are. I need the gifts that they have and the Body of Christ can’t live without them. The women need to have a way to use their gifts to serve the Body of Christ. In the culture of some countries, women are treated as inferior to men. In the culture of the Kingdom of Heaven, God treats and loves both men and women the same.

At the same time, it is also true that there is a difference between men and women. God says that man was created first and the woman came out of the man. Because of that, there is a natural headship in the relationship between man and woman. Man is the head of woman. But how should that headship look? Is it pressing the women down? Is it telling them, “You’re not important”? Is it telling them, “I don’t care about what you think or say”? Or is it valuing the gift that is deposited in them?

According to Jesus, leadership means “servant.” Leadership means helping others become the best they can be. Yes, man is the head of woman, but what I just described is the kind of head he needs to be. He is not to be proud and press women down. He is not to thump his chest, but is to demonstrate a leadership of kindness, service, and helping others grow. That’s the way the relationship between men and women should always look in the Kingdom of God.

When we’re together in a group like this one, the brothers should be in the lead. The women also have gifts that they can bring, but the attitude of their hearts needs to be submissive and humble. The attitude of the men’s hearts should be encouraging and humble. In the church where I come from sometimes the women bring a song. But they always ask the brothers, “Would it be ok if I share a song?” It is done in a very beautiful way, and the brothers always appreciate the songs. That’s the way the culture of the Kingdom of God works. Does that make sense? 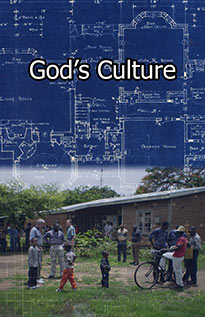